An Overview of Shopify 2.0

Shopify’s goal is to improve commerce for everyone. Shopify announced in June at Shopify Unite (2021) that they would begin rolling out a radically redesigned Customizer (or Theme Editor) experience called Online Store 2.0 (or “OS 2.0” for short) that would improve merchant commerce. This update would make it easier to create themes from the ground up, as well as provide technical speed enhancements built-in.

For all businesses, Online Store 2.0 is now fully functional on all Shopify storefronts!

Shopify 2.0 has the ability to change the way the eCommerce world views Shopify, transforming it from a platform for startups and small enterprises to one that can handle larger eCommerce businesses.

The next-generation theme engine for Shopify is Shopify 2.0. This marks a substantial upgrade to Shopify’s online eCommerce platform, with enhancements aimed at making it more scalable for larger eCommerce enterprises.

What exactly are these improvements, and is it worthwhile to upgrade to Shopify 2.0 in order to benefit from them?

The different portions of a page, such as banners or text blocks, are divided into sections. Shopify’s sections allow you to create your page and move different items around without having to hard code them.

Previously, Shopify’s homepages were the only place where this feature was available. You may now work with sections everywhere’ on your site with Shopify 2.0.

You can now shift different elements of the information around every page of your business to maximize the impact of your layout. You can achieve this in Shopify 2.0 by using the faster and more customizable theme editor.

If you’ve ever needed to add a banner or other design element to a page, product, or blog post, you may have had to utilize a custom page builder, or software, or hire a developer. This all changes with Shopify 2.0 sections, which allow you to use sections you’ve developed on any page of your site.

Because of OS 2.0’s new architecture, apps can now have their own sections and blocks in the Customizer (Theme Editor). You can also make changes to the app’s settings directly from the theme editor, eliminating the need to worry about residual code in the theme when removing an app.

With the new architecture, all Online Store 2.0 layouts will now load faster than ever before, thanks to merchants’ focus on site speed and Google’s Core Web Vitals criterion. Furthermore, the checkout now appears to load twice as quickly as before.

Dawn is a new default reference theme from Shopify that corresponds to the new Online Store 2.0 requirements and has minimal javascript. Dawn is 35% faster than Debut (the previous reference theme) in loading! Additionally.

Metafields enable the addition of dynamic or one-of-a-kind information to individual items and other resources. Previously, a separate meta fields app was required, and merchandisers had to switch back and forth between Customizer and Admin and the app to make changes to a single product or resource. Merchandisers can now add simple meta fields right from the Customizer (Theme Editor), saving time and effort.

Furthermore, meta field data is now kept globally and can be modified directly in Shopify (rather than in the app), allowing for greater flexibility during development and theme changes.

The ecosystem around Shopify (apps, sellers, pre-built themes) will begin to revolve around it as this new Online Store 2.0 architecture becomes more widely available and adoption rates rise. Non-OS 2.0 features/integrations will soon become incompatible or deprecated as a result of this. Merchants should upgrade to Online Store 2.0 as soon as possible to set themselves up for efficiency; we advocate doing so before the hustle and bustle of Q4.

If you’re a new Shopify merchant, make sure your new store’s theme is built on the new Online Store 2.0 architecture. Existing Shopify merchants will need to migrate/upgrade their existing themes to fully benefit from OS 2.0 and all its features.

Are You Prepared to Make the Switch to Shopify 2.0?

The world of internet shopping is continuously shifting and expanding. You won’t have to worry about keeping up with the changes with Shopify 2.0 since you’ll be in the lead.

Now is the time to update to Shopify 2.0 if you’re serious about growing your brand and online retail business.

Please contact us by filling out the form below.

Request a Callback for Shopify 2.0 migration

How to upgrade to Shopify 2.0?

Merchants that joined Shopify before the 2.0 release can upgrade to the enhanced Shopify 2.0, which includes a slew of exciting new features.

To begin, shop owners should be aware that prior versions of Shopify will continue to function normally and that updating to 2.0 is not required, however, you may notice some changes to the Shopify Store Admin and Theme Editor Interface.

Although upgrading to Online Store 2.0 isn’t required, there are three simple options for businesses who want to do so: 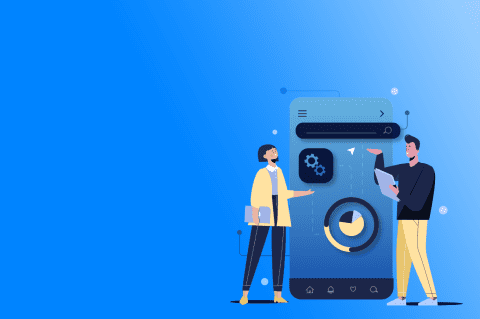 Thank you for getting in touch!

Drop Us a Line